On 22 July 1857, a resolution was passed to proceed with the building of the Village Club. The funds were “provided for by distinct contributions”, with around 100 local people donating sums ranging from £1 to £200. That's £100 to £20,000 in today's money. The architect chosen to design the building was Mr. S. Teulon, also the architect of Christ Church in West Wimbledon.

The club building was complete by 2 December 1858, as G. Siggers was appointed resident housekeeper at £20 per annum; however the club itself did not in fact open until 9 February 1859. 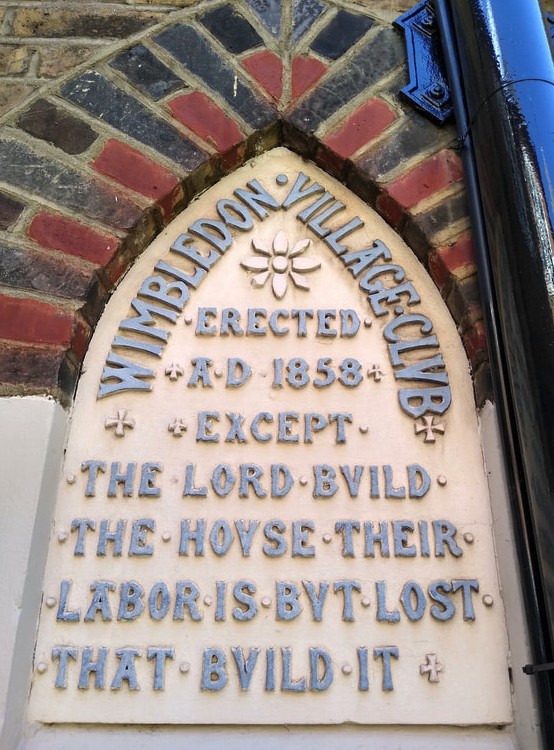 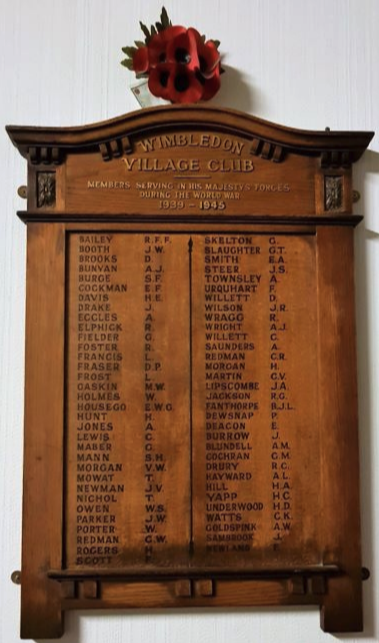 Although Wimbledon in 1859 remained substantially as it had been for 200 years (with only around 800 houses), it was rapidly changing.  Nevertheless, it still had amongst its residents men whose names echo throughout English history; for instance: Spencer, Cottenham, Rockingham and Melville.
​
So what was the purpose of the club?  In those Victorian times of restless Christian conscience, the more fortunate were awakened to the idea of duty to their less fortunate fellows.  Thus, in the Trust Deed, the intention was “to afford to the inhabitants, and more especially the working and middle classes of Wimbledon and its vicinity, opportunities of intellectual and moral improvement, and rational and social enjoyment, through the medium of a reading room and library, lectures and classes”.

Those who wanted to join the club had to be proposed and seconded by members and elected by the committee.  Honorary members paid an annual subscription of ten shillings or a donation of no less than £5. Ordinary members, described as “artisans or labourers, or of such limited pecuniary means as entitles them to the benefit of the Institution at the lower rate of payment” paid 1s 6d a quarter or 8d a month. They all had the use of the Reading Room and the Refreshment Room.

Events over the Years

The Lecture Hall was used for a variety of things, including lectures, fencing classes, boxing, Penny Readings and scripture classes for servants. The Rifle Corps even held their annual dinner there.

​In the first 40 years, the whole building was extended in various ways, the funds being raised by bazaars, loans and subscriptions. There was always an intention to include a museum in the building, and Joseph Toynbee, one of the original members of both the Building and Management Committees, seems to have been the driving force behind this ideal.  Sadly, the museum wasn't established until 1916, well after his death.

Some interesting tidbits can be found in the club’s recorded history:

In 1863 the housekeeper was fired, having been found intoxicated on 12 January; the new housekeeper in 1882 yielded to a similar temptation, diluting the scotch by about a third!

Two members who complained that the duty committee man had turned the gas light off over the billiard table just as they were about to play were over-ruled as they had not entered their names on the list!
Powered by